Why Do Some Companies Get Such High Valuations?

Have you ever read an article about a major acquisition and wondered exactly how and why a business is willing to pay so much for a business that seems, well, not quite worth that amount?

It’s safe to say that 2020 was a wild year on many fronts. And, there was a particular acquisition in Q4 of last year which only further solidified this notion of the craziness that was 2020.

You may have heard of Insider Inc’s acquisition of a relatively unknown newsletter by the name of Morning Brew.

The details of the acquisition? A majority stake in Morning Brew, an all-cash deal, for $75 million.

While not to diminish the standalone success of Morning Brew, it’s a relatively young media startup, by two guys still under the age of 30, with very little capital upfront, and they offer free newsletters and podcasts.

It’s incredibly inspiring, but also, in some sense, confusing to see a giant like Insider Inc. cough up that much money for this acquisition.

However, there are at least a few different reasons this acquisition happened.

1. They Know Who They’re Speaking To

Morning Brew isn’t focused on being a one-stop-shop for anyone and everyone.

They have an incredibly loyal newsletter and podcast fan base of business-minded millennials. Their material, insights, presentation, and language are all geared toward their people. You’ll find GIFs, slang, and content that are hyper-focused to resonate with their relatively young subscriber base which has an average age of 29.

2. They Had a Pre-existing Relationship with Insider Inc.

What many people often underestimate is the power of relationships.

Even upon reading the $75 million acquisition headline, many would undoubtedly assume that the founders simply knocked on Insider Inc’s door one day, asked if they’d be interested in an acquisition, and worked on a deal from there.

This isn’t what happened.

The founders first reached out to Business Insider (whose parent organization is Insider Inc.) over two years ago about a potential content syndication partnership. From there, the relationship grew and developed.

Thus, there were at least a couple of years of trust built between the two parties before the acquisition was discussed and finalized.

You better believe that without the pre-existing relationship, the valuation wouldn’t have been as high or the deal may have never transpired.

3. They Had Proven Success AND a Clear Vision

Again, Morning Brew itself is nothing to scoff at.

Their subscriber base prior to the acquisition was well over 2 million, they had consistent email open rates of 40% (very high!) and a profitable business since 2018 with a proven revenue model.

They did not simply walk into an office with a dream, a hope, or a whim, they built something of great value which Insider Inc. knew they’d be able to work with, expand, and further develop.

In other words, with this particular acquisition, and many others like it, there’s often more than meets the eye. There was a give and take. Morning Brew didn’t expect for Insider Inc. to buy completely into a vision without some proven groundwork and success, and Insider Inc. valued Morning Brew not just on today’s success but on what could be.

If you need help with anything related to buying or selling a business, we can help you map out a strategic plan to help you create as much success as possible with a potential deal. Get in touch and let’s chat! 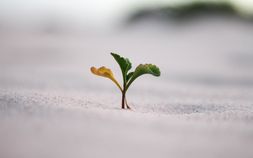 The Expansion of Your Business' Horizons

Most business owners have expansion on their minds. They’re always looking to grow! 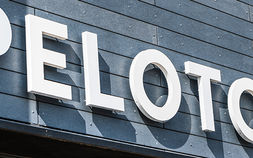 The Power of a Strategic Acquisition 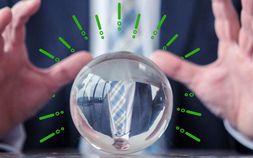 Business Acquisition: The Premium in Predictability

Whether you’re buying or selling a business, predictability is a virtue in the process that benefits both sides.