Did Prince Have A Will?

Prince Rogers Nelson was notoriously litigious, but he never drew up a will. I, like many others, was convinced for the longest time that there would be a tiny county attorney somewhere in Minnesota who would come forward with Prince's will, but it never happened.

He had millions of assets, with a fair market value of approximately $156.4 million, not to mention the priceless unreleased music in his big purple vault at Paisley Park. All his memorabilia and not a single piece of any indication of what he wanted to happen to any of that stuff after he was gone. Since 2016, a small probate court in Carver County, Minnesota has tried desperately to sort out where all of his stuff goes.

He also died without any children, so his siblings and half-siblings and their children, some of whom have died during the probate process, are duking it out. There has been everything from DNA tests to legal battles between the heirs. Sadly, at the end of the day, all of Prince's stuff is just going to be ripped and divided among his heirs under Minnesota law. However, before it is divided, the court has to answer a couple of essential questions, who and where." And then what happens to all of his digital assets that you can't physically hand to somebody?

Find out more in this short video.

Update: In early August 2022, the Carver County Probate Court in Minnesota finally settled the estate of Prince Rogers Nelson. It took over six years and nearly 5,000 filings between the parties. Only time will tell what happens to the unreleased music stored in Prince’s big purple vault, but without any instruction, it will be up to his heirs to determine how much and in what condition his digital assets will be released.

We know it can be difficult to talk about what happens after you're gone and that everything about your life is personal to you. We do our best to make this as comfortable as possible. We want to know about your family and what you’ve accomplished with your life. We want to get to know you. And we want to know how you want your things taken care of when you’re gone so they're not duking it out like Prince's family.

Contact our wealth planning attorneys today for information about your will, tax planning, trusts and more. We look forward to hearing from you! 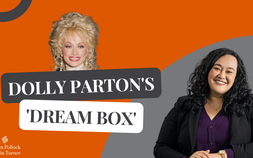 My whole life, I have loved Dolly Parton. She is an absolute queen, and she is a very thoughtful planner.

Not only has Dolly thought through how her charities and estate will be carried out after she is no longer with us, but she has also picked her last song and the last thing she wants to say to everybody. She has locked all of this in a box and it’s sitting at the DreamMore Resort. 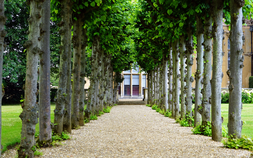 What Happens if You Don't Deal With Your Estate

You might be creating a huge mess. You've worked your whole life to create this nest egg, this value, this wealth of opportunity, and it's all going to go down the drain if you don't plan accordingly. 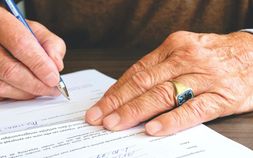 What You Need To Know About Probate Law

What is Probate Law? It's the area of estate planning that deals with the assets of a deceased person after they have passed away, and there are multiple processes. Probate is technically when you have a person who had a Will, but we use the term sort of generically.