On December 20th, President Trump signed the Setting Every Community Up for Retirement Enhancement Act (also referred to as the SECURE Act) which became effective January 1, 2020.  Among other things, the SECURE Act made significant changes to the post-death required minimum distribution rules for individuals who die after January 1, 2020—changes which every individual who has an individual retirement plan (“IRA”) or defined contribution plan (such as a 401(k) or 403(b)) should understand when reviewing their estate plans.  To that end, this article serves to provide you with a general overview of these changes to the required minimum distribution (“RMD”) rules. This article also provides a few options to consider when reviewing your estate plan.

First, you need to understand that, although most assets inherited by your spouse or heirs are received income free, that is not the case with IRAs or other retirement plans. When a retirement plan (other than a Roth) is distributed, the amount received will be income taxable to the recipient (other than a charity as discussed below) whether it is the original owner of the plan or a designated beneficiary.

Changes to the Post-Death RMD Rules

Under the former rules, a common practice was to designate children or grandchildren (who qualify as “designated beneficiaries”) as the ultimate beneficiaries of an IRA, so that upon the participant’s death, the beneficiaries could use their own separate life expectancies to calculate the minimum amount to be distributed each year—that is, they would have the option of “stretching” the inherited IRA over their lifetimes. Stretching the IRA allows more money to remain in the IRA and grow income tax-free.

In relation to you (the owner of the IRA), an “eligible designated beneficiary” is limited to the following individuals:

Whether a particular individual is an “eligible designated beneficiary” is determined as of your date of death. And if the beneficiary is a minor child of yours, the beginning of the 10-year window within which the IRA must be distributed is postponed until the minor child attains the age of majority (18 years of age in Georgia).

Only those beneficiaries who are “eligible designated beneficiaries” (as defined above) will be able to stretch inherited IRAs after 2019.

Your existing estate plan may include one or more trusts which are designed to be the beneficiary of your IRA in lieu of naming an individual directly. Such trusts are often drafted as “conduit trusts” or “accumulation trusts” which are designed to qualify as a “designated beneficiary,” and are utilized for various reasons (such as, protecting the IRA from being wasted by a spendthrift beneficiary).

The discussion below concerning conduit trusts and accumulation trusts assumes that such trusts will continue to qualify as “designated beneficiaries” and are properly drafted to qualify as such. Due to the uncertain nature of each trust’s qualification as a “designated beneficiary” it is advisable that your estate documents be flexible and authorize an independent third-party to make adjustments to the trust to achieve the best income tax result.

When reviewing the remainder of this article, keep in mind that there will generally be a higher federal income tax liability on an IRA distribution retained within a trust than if the same IRA distribution were then distributed by the trustee to the individual beneficiaries. This is because (i) the income tax liability will follow the money if distributed to the individual beneficiary, and (ii) trusts are subject to the highest marginal federal income tax rate on taxable income over $12,950, compared to $518,400 for single individuals in 2020. An exception to this general rule is with charitable remainder trusts (discussed below).

“Conduit trusts” require the trustee to immediately distribute the funds taken from the IRA to the individual income beneficiary of such trust. Although such a distribution will usually reduce the overall income tax liability resulting from the receipt of IRA funds, the outright receipt of the IRA funds by the individual beneficiary will then become subject to the beneficiary’s spending habits and creditors. Applying the lens of the SECURE Act, this now means that an individual beneficiary of a conduit trust (who is not an “eligible designated beneficiary”) will receive the entire IRA within 10 years of the owner’s death which may not be desirable if such beneficiary is a spendthrift or subject to potential creditors’ claims (for example, a medical professional practicing in a field prone to litigation).

Designating a Charity as Beneficiary of your IRA

If you are charitably inclined, you should always consider your IRA (or a portion thereof) as the preferred asset to leave your favorite charity (or charities). This is because charities are tax-exempt organizations and as such, unaffected by the associated income tax liability.

If you are charitably inclined, and do not mind that your favorite charity (or charities) may not receive any substantial economic benefit until a later date, you may want to consider using a charitable remainder trust (CRT). Generally speaking, a CRT is a trust that provides a non-charitable beneficiary with an income stream each year (often a specified amount or a percentage of the trust’s assets) that continues for a period of time, and after the non-charitable beneficiary’s interest terminates (typically, upon his or her death), the assets remaining in the trust pass to the designated charity.

When considering the use of a CRT, keep in mind that not all trusts qualify as a CRT. If you are interested in establishing a CRT as a vehicle for the receipt and distribution of IRA funds, you should consult with a qualified tax law professional.

If you would have any questions about the content of this article or would like to review and/or revise your current estate plan:

The attorneys at Cohen Pollock Merlin Turner are happy to help. Contact us for more information.

THE INFORMATION CONTAINED IN THIS ARTICLE DOES NOT, AND IS NOT INTENDED TO, CONSTITUTE LEGAL ADVICE AND SHOULD NOT BE RELIED UPON IN LIEU OF CONSULTATION WITH AN ATTORNEY. 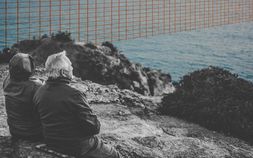 Do I need a Revocable Living Trust?

Good question. Many of our clients who run a basic Google search on estate planning prior to coming in for an initial meeting read about the benefits of Revocable Living Trusts and ask this question almost before I can finish introducing myself! Do you need a revocable living trust? 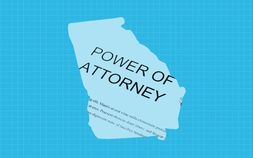 Do I need a power of attorney?

We all carry on personal “business” in our everyday lives (e.g. paying bills, doing banking, etc.), which is what makes a financial power of attorney (also referred to as a “Power of Attorney” or a “POA”) an important document for everyone to have. 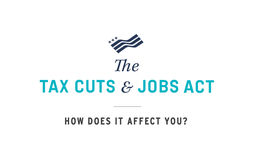 How the new tax law impacts your estate plan

Although we’re all busy with work, family, and the joys and challenges of everyday life, we are well in to living in a world with a new tax plan, and this is no time to ignore the necessity of reviewing your estate plan