Excuse the pun, but the recent court victories, and subsequent NCAA clearing of student-athletes to pursue name, image and likeness (NIL) deals is simply a game changer.

Student-athletes, of course, are particularly impacted (and excited) by the change.

Take Hanna and Haley Cavinder, for example. A few minutes after the clock struck midnight on July 1st, they had already cashed in on their fame by signing a deal with Boost Mobile.

While they are notable athletes, they are better known due to their sizable social media following which only worked in the Cavinder sisters’ favor when signing their deals.

While there’s certainly a bit of a “glitz and glamor” effect that student-athletes across the country are focusing on in light of the rule changes, the deals remain a calculated business move by major brands who, as always, have their own best financial interests in mind.

This means that a new, young, and athletic-focused group of students are collectively going to be plunged into a world that requires a sharp and seasoned business acumen to succeed.

The truth of the matter is that many of these student-athletes are likely to sign deals which seem lucrative at the moment, but may have a negative impact on their careers down the road.

The “name of the game” here, if you will, is short term gain for long term pain.

Again, these big brands aren’t necessarily “out to get” these athletes, but it’d be naive to think that these large corporations will sign any deal that doesn’t put their own desires first.

The problem is, that “glitz and glamor” effect we previously discussed can get in the way of these students making sound and reasonable decisions that don’t just benefit them today or tomorrow, but for years to come. For example, many of these students could simply sign the rights to their NIL away, making their future earning potential limited to the whims and desires of the brands they’re signing with today.

So, while this is indeed a “game changer” for student-athletes, and certainly a positive development to give them the same rights as you or I would have, they still need to proceed with caution before making a deal.

That being said, there is a way for student-athletes to get the most of this new and exciting time. They just need to have someone in their corner.

We’re dedicated at CPMT to look out for the best interests of our clients. They come first.

If you have a student-athlete you’re close to, or are one yourself, reach out to us to learn how we can stay in your corner during this process to ensure you’re getting the best possible deal for yourself. 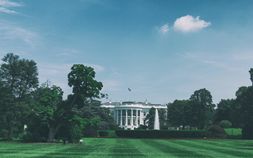 Paying for the Biden Tax Plan: What You Need to Know

Here's what you need to know about tax proposals to pay for the Biden administration’s “Build Back Better Act". 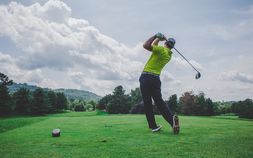 Student-Athletes Name, Image, Likeness Deals: The Lesson For All of Us

Following on our last blog regarding the NCAA clearing of student-athletes to pursue name, image and likeness (NIL) deals, we want to talk about why this makes sense to major corporations and the lesson for each of us.